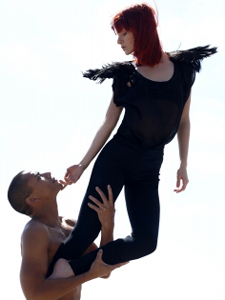 This is the first post of my new weekly feature Sapphic Sundays, where I blog about fashion and style as is pertains to lesbian (pop) culture.

The most recent addition to said culture is Kayla Ferrel, the ex-Hooters out lesbian on America's Next Top Model. Even after her elimination in Italy, she's still the highest-ranking out lesbian on ANTM. Watching her for the past few weeks, I was among her online following who believed she'd win - she rarely got criticisms, and she got top photo a few times.

Following her elimination, she spoke with AfterEllen.com about being on the show. One of the issues that came up was that she really put her sexuality on the forefront and was constantly reaffirming that she was a lesbian. 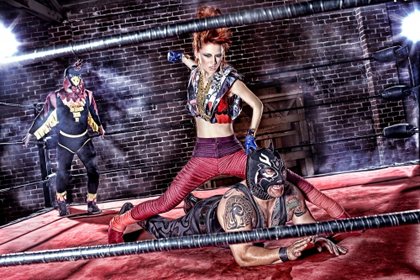 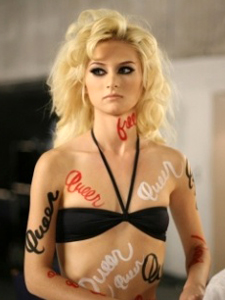 Why is it an issue? Lesbians are suspicious of faux-lesbians, girls who pretend just to get attention - mostly the male kind. But I think these suspicions only help build the stereotype that lesbians aren't as beautiful or well-rounded as other women. Girls like Kayla break this stereotype.

I don't know if this is what ANTM producers were aiming for but Kayla mentioned that there was a strong character they wanted her portray:

"They talked to me before about how Kim (from Cycle 5) was on the show and she was a lesbian, but she never really raised any awareness about it. She never made it out to be any kind of a deal. I know a role model is what they wanted, and that's what they portrayed me as." 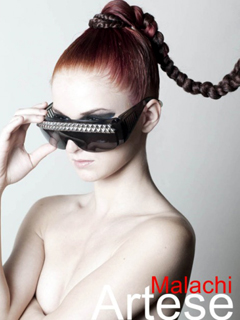 Role model or not, I hope that continued positive visibility like Kayla will make it easier for younger girls to come out. Despite how evolved you think society has become, there is still s stigma attached to the feminine lesbian.

Cool blog! I've included it on a site I've created, which is a compilation of some of the best blogs in the city.

Wow! Thanks! There's a lot of potential in that kind of blog...

You forgot to leave the URL tho: http://bestofblogsdallas.wordpress.com