[MARKETING + MEDIA] The Cycle Continues: The Ever-Changing and Ever-Copying Face of Social Media

I gave in and activated my Google+ account to see what all the fuss is about. There's been a lot of talk about Google+ knocking Facebook off it's pedestal so it must be something new and amazing... Right? But after logging on, it just looks like Facebook. It has prettier icons and a more modern feel but the same overall function and features. 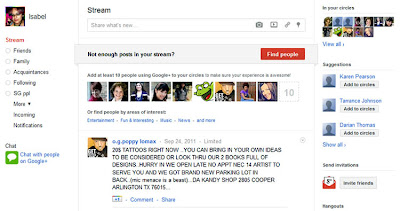 I think the feature everyone was most excited about was Google+ Circles but Facebook has parried with Lists for your Friends. I've slowly started categorizing people but my 300+ Friends looks daunting - I can't imagine people who are past 1,000. The Lists are obvious knockoffs of Circles but social media is made up of the sharing (and stealing) of ideas. 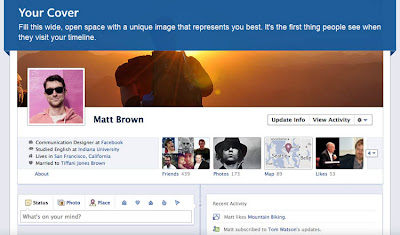 And now Facebook is rolling out with Timeline come October. While Timeline seems to be a response to the attention Google+ is getting, it seems to also be taking from MySpace. It looks like Facebook is going back to it's social media roots and adding a bit more customization (a MySpace feature I personally missed). 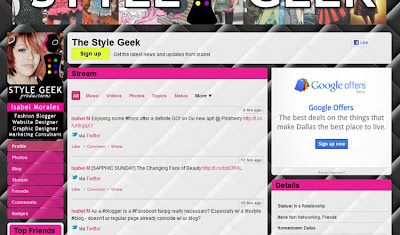 Do you even remember MySpace? It was the social network that started it all - the profile page, internet fame, collecting friends and the reach of online advertising. Why wouldn't you take a few examples from it? ...Like modules. That's right Facebook, don't think I didn't notice how your design improved. 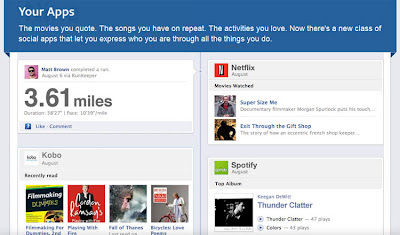 I'm still wondering if Facebook has actually reached it's peak yet. Every business and their grandmother has a page, a lot of their recent changes are pissing people off, and, just like fashion, social media goes through dreaded cycles of mass acceptance and death. But there doesn't seem to be a noticeable amount of people jumping ship - at least not regular, non-media types (i.e. the majority of the population needed to make a social network work).

I'm still fumbling through Google+, dreading having to update yet another network and watching my Klout score go up and down like a drunk in a bouncehouse. There is no light at the end of this tunnel, no ultimate goal when it comes to social media because it never stops growing and thus your spot is never guaranteed. Google+ might be what's after Facebook but what's after that?

I have read your blog its very attractive and impressive. I like it your blog.

You have posted a trust worthy blog keep sharing regarding nagios.

It is no secret that football is among the most popular and widely watched sports. Everybody who likes football tries to find the best platform for free soccer streaming. So, what are the best free sports streaming sites? We are going to answer this question. On this page, you can find a detailed overview of the most widespread soccer streaming websites. Keep on reading and make the best choice for you live24th.me.

Good Post! , it was so good to read and useful to improve my knowledge as an updated one, keep blogging.
giá vé máy bay từ việt nam sang mỹ

Much thanks to you for taking the length to talk about this, I have a firm opinion roughly it and commend getting to know additional going vis- - vis for this issue. On the off chance that feasible, as you benefit speed, could you considerations refreshing your weblog long past helper assessment? it's miles the total obliging for me. Bandicam Crack

Took me term to entryway all the explanation, but I in all actuality partook in the article. It ended up being Very respecting me not entirely set in stone to all the analysts here! Its generally accessible by means of now you can't unmarried-handedly be learned, however with engaged! Crack Downloaders

I was hundreds of miles away on your special day. I hope you enjoyed your day with a big cake. Belated Happy Birthday Wishes With Name

Your website is awesome. I used a lot of what it had to say.
Polyverse Music Infected