As total geeks of movies with dark ambiances, there was no way that Alex and I would turn passes to an early screening of Snow White and the Huntsman. Got watch if you're a fan of fairy tales, Kristen Stewart or Chris Hemsworth - or all three like me. I really like how much detail they put into the Evil Queen, both her backstory and her dresses, which were the right mix of cold metal and darkness. My favorite scene, however, was the Dark Forest which was exactly the thing of nightmares to fit in with the story. 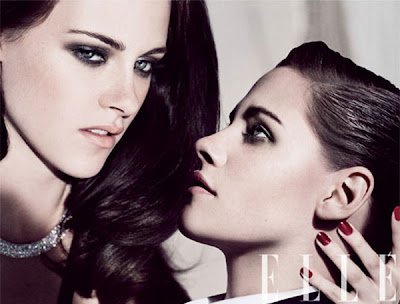 For the most part, I liked Kristen Stewart's portrayal of Snow White but she lacked expression in certain instances (what's new?). I wanted the character to be stronger, but even thought she felt short of a warrior, at least this Snow White fought back and did her best to survive - which is a great change from the housekeeping princess in the Disney tale. There was also too much emphasis on Show White's "purity" which annoyed me.

Less annoying, however, is Kristen Stewart's spread in Elle where her male-doppelganger seduces herself. I've mentioned before that I adore women in drag, and although sometimes Kristen's expression annoys me in movies, I like her gentleman attitude and style in this spread (aka she's hot). Also, something about taking on this male persona draws Kristen away from that bored, sleepy gaze she's known for - check out how intense her eyes are now. 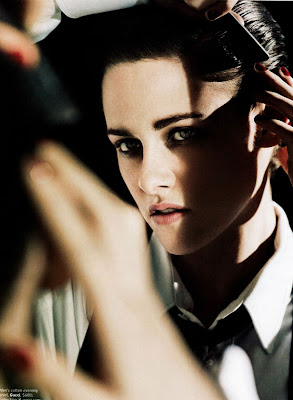 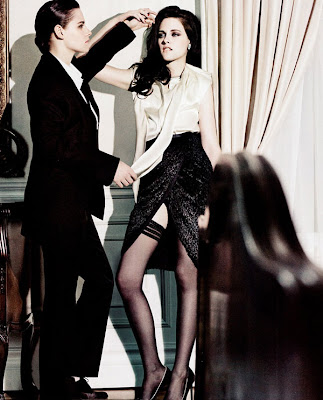 I know I've asked before but why is there such a big fetish of women in men's suits? I personally like the androgyny, the intersection social gender norms, that says the norms should not exist. I doubt most straight men would agree. 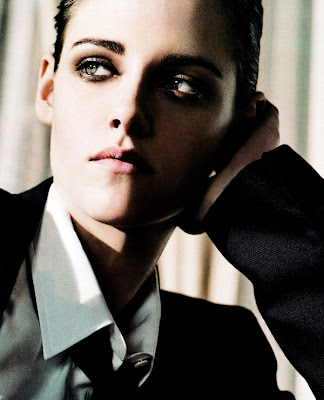 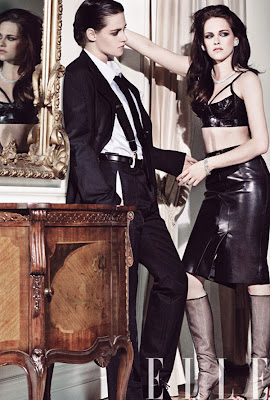 Unfortunately, there are few sources set aside to identify playing issues and supply professional treatments to those in want. With time and elevated publicity to playing, individuals could purchase a playing dysfunction. Since its 1xbet legalization in 2012, residents of Illinois have misplaced more than $5 billion to video gaming machines, in accordance with areport printed by ProPublica.