[GEEK OUT] Wonder Woman's Makeover Is Part of the Modern Heroine, Giving Strength a New Look

The comic book blogs are abuzz with DC's new look for Wonder Woman. The key issue: she has pants. Her iconic look has been given, what many are calling, a 21st Century Makeover.

While I'm not a big fan of the jacket, there's an underlying rock-chic feel to the liquid leggings (let's not dance around the subject - that's what they look like) and gold-trimmed corset. While I would never reject saving from a busty woman in a corset and bare legs, her new outfit seems more functional in fighting crime (No more scrapped knees!).

Let's face it, she's not the first to get a 21st Century Makeover. Remember the X-Men trilogy? My favorite part is where Cyclops tell Wolverine, "What did you expect? Yellow spandex?" - making an obvious reference to his comic book uniform.

Even if we lived in a world ransacked by mutants or evil geniuses and we needed a superhero, he or she would not be taken seriously in yellow spandex or blue star-spangled bloomers - "Excuse me, ma'm, the Miss American pageant was last week. Now let's both run away from this super-mutant criminal." 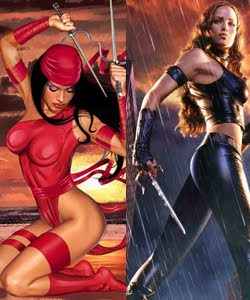 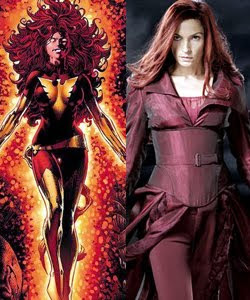 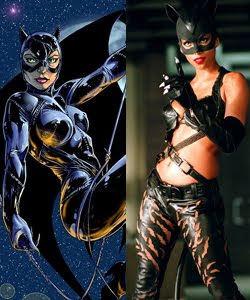 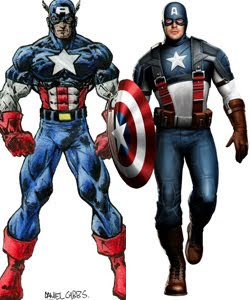 Robin Givhan of the Washington Post commented on whether or not the pants (leggings!) added or detracted from Wonder Woman's power, because let's face it, she was feminism embodied.

The old Wonder Woman had no problem showing off her muscles, and I wouldn't either if I could uproot a tree, and those large, hard muscles were symbols of of her strength. Also, in a time when women wore long skirts and prudence was preached, Wonder Woman brazenly showed her legs because they could kick some some ass.

Now that those legs fit smoothly and lithely into the latest fashion, are they still just as powerful?

Of course! Why does all the power have to be represented by beefiness and hard lines? Look at Super Girl, she was tiny and she could still pick up cars, and Catwoman was the epitome of femininity but she could still take on Gotham's scum and go one-on-one with Batman.

It seems ingrained in our brains that representations of masculinity also represent power. Just look at suits: until recently women in business would not dare wear a suit that sculpted her body and followed her curves for fear of being seen as weak and incompetent.

Why can't a woman who kicks ass look chic and contemporary? What kind of message does this send to little girls about their own strength? You can't fight back if you're wearing tights and heels.

BS! If wearing skirt and heels is part of who you are and strength and power is part of who you are, then neither should ever be compromised for the other. My inner Edna Mode (The Incredibles) applauds Wonder Woman for her new make-over. My not-so-inner lesbian wants to get into some trouble with superhuman criminals so she can some save me.
Posted by Style Geek at 7/02/2010 03:27:00 PM