Since we missed him last time he came to Dallas, Alex and I made a point to attend Voltaire's Pirate Party earlier this month at The Church. Surprisingly enough I don't have anything "Pirate Chic" in my closet but I managed to pull this outfit together last minute. I hate attending a good party under-dressed. 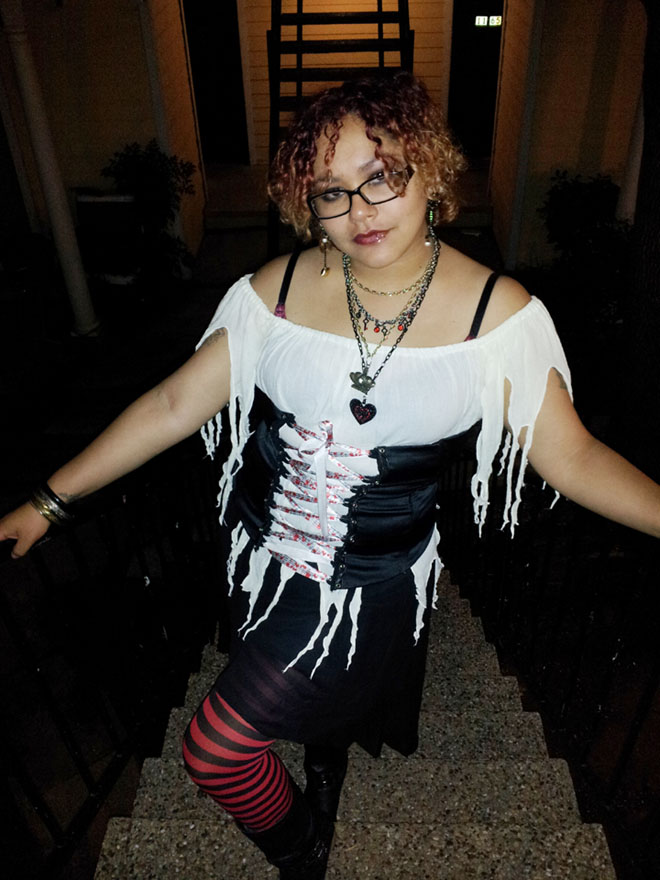 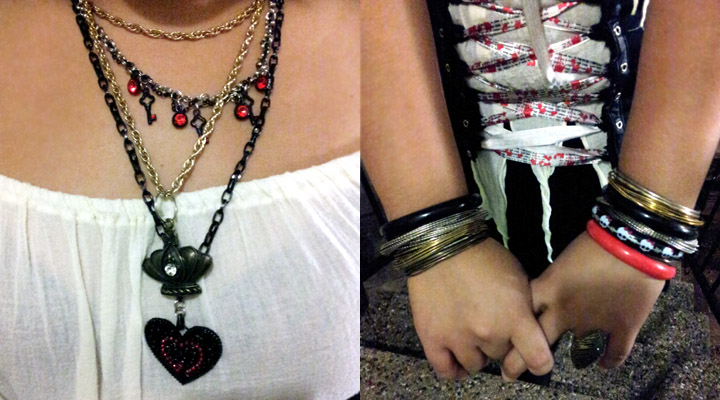 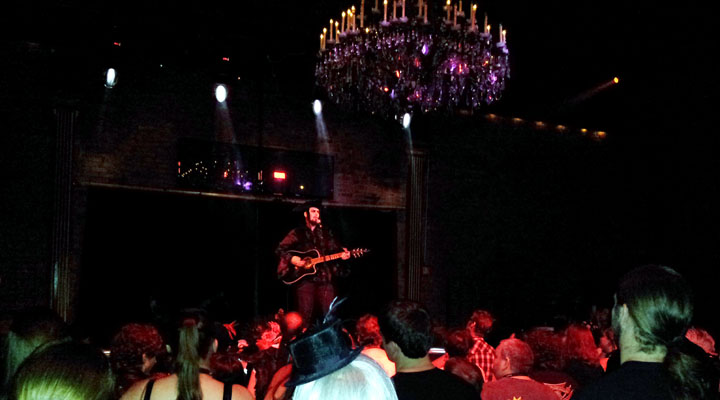 The concert was great, full of energy and drinking (because that's what pirates do). He played a few of my favorite songs, like The Vampire Club and When You're Evil. We (especially Alex) really enjoyed the new song he debuted called Raised by Bats:

...So we sleep all day and we rise at night and we spread our wings and take into the skies.
And when the people look up and stare and say, "Why you gotta be like that?"
I just look them in the eye and tell them I was raised by bats!... 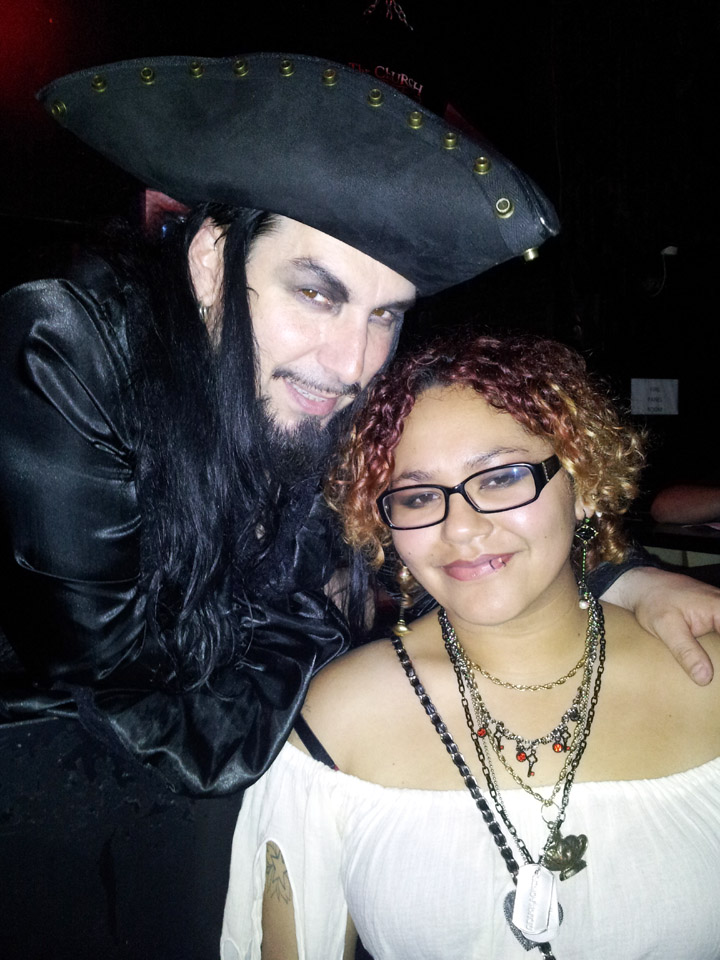 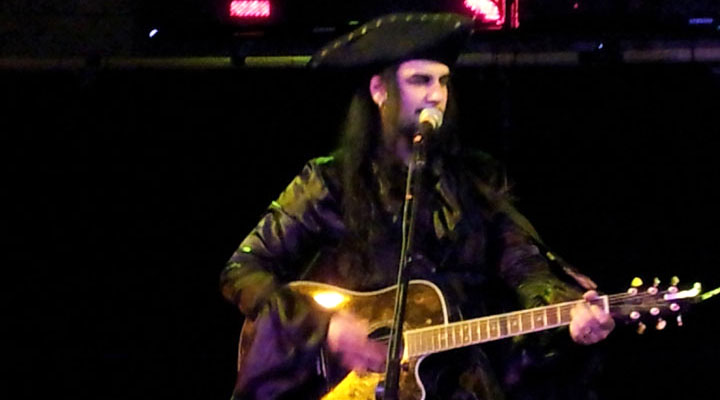 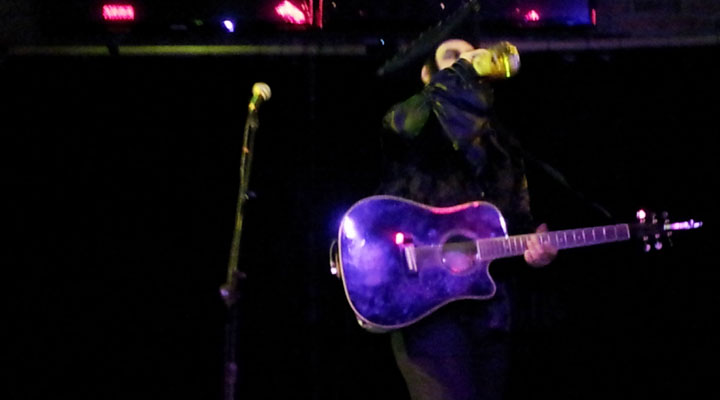 We bought a signed poster to add to our apartment-turned-art gallery and I got my picture taken with him. When I asked why he didn't play anything from his pirate-inspired album To The Bottom of the Sea, he explained he had to keep the music selection upbeat because half the people don't know him. Funny but I wonder if it was true.

Even if they didn't know his music, many came dressed in their finest pirate-wear. I snapped a few pictures - including a girl whose corset was made from soda can tops - but I think a lot of people didn't take me seriously because I was taking them with a phone. So here's the awesome official Church gallery - where I took the the top picture of this blog. 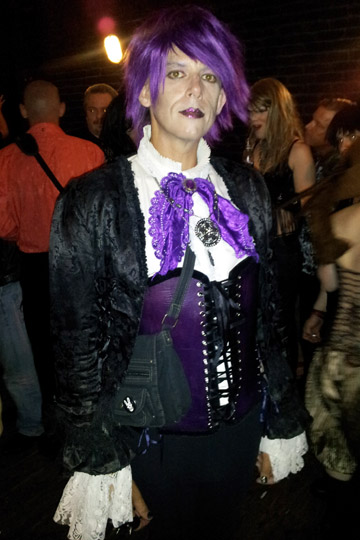 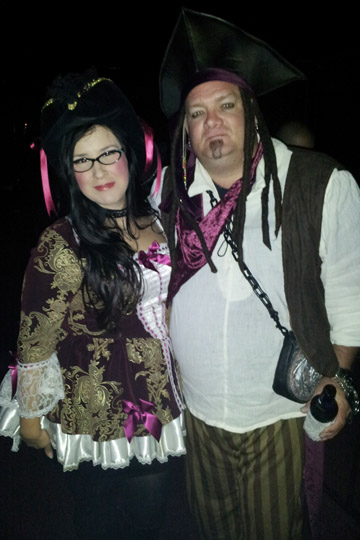 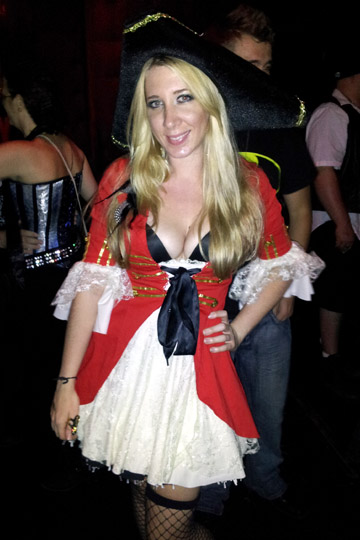