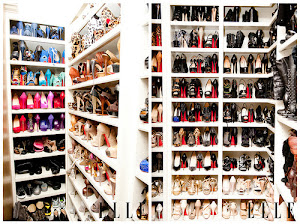 My sister inspired this post with a little gender biased comment that left me confused and sad. Over the weekend, after having a nice family day of watching Harry Potter 7.2, I shared with her this picture of some very hot high heels I really liked and thought she would too.

Her response was something along the lines of, "Why would I like those? I can't wear them... Wish I was 5'2" so I wouldn't look like a tall freak in heels next to guy."

I don't remember if "freak" was the exact word she used but the comment's meaning was the same. It's not the first time she's said something to the effect of tall girls + high heels = freak w/ no boyfriend, and I've countered her every time, but I find it sad that this idea is so engrained in her brain, especially because she's only 5'7". 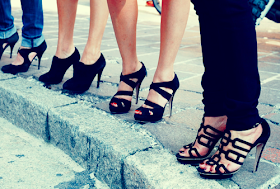 I won't deny that males in general are taller than females. I read in a magazine a long time ago that this was because boys grow for longer time and don't reach their peak height until nearly 20. Most girls on the other hand stop growing around 16. So human evolution played a part in this mindset but we as a society seem to have made it an unspoken dating rule.

I searched some forums and dating websites to see what other people thought. While there were a couple of guys who said "tall girls + high heels = sexy" (I have to show these comments to my sisters), most were on the borderline about the issue:

"I guess it's because I like girls because they're small and cute, but again that would be different if we had something."

"I would date a woman taller than me but I wouldn't hold the woman's hand in public. I would feel a bit submissive towards a taller woman." 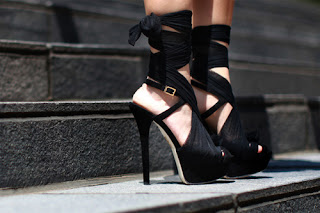 After a few comments like these, I started seeing a pattern: the men were equating tall with dominance, power and masculinity. One comment even mentioned how some tall girls have "manly hands" and that's what he finds unattractive.

This power-play between the genders only seemed more concrete after I asked my chick-friends for their opinions. There was a general consensus (much to my dismay) that girls liked taller guys because they felt secure and protected by them. One even admitted to substituting "a pair of sexy strappy heels for a pair of flats if I am going out on a date with a guy who isn't monstrously tall" as she stands about 5'8".

"When you break it down it's almost Freudian," she went on in her text, "having that father-like sense of security from a tall and handsome (or whatever appeals to you) kinda guy." This attitude extended online as one girl on OKcupid didn't want to give up her heels but she didn't want to date any more short guys, "I am kinda growing a bit tired of it now. I don't feel feminine next to a guy who is shorter than me." 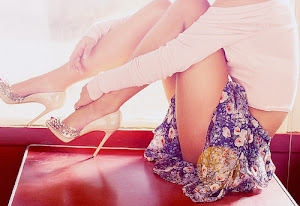 I won't feign ignorance - I know society has unwritten rules and roles for genders - but I honestly thought we were moving past that. The guys who think tall women in heels are sexy feel like a step forward but the girls who who think that being smaller is feminine feels like a step back.

The only point I did agree on with most of the girls, though, was that you should never give up your heels for a guy (or in my case a girl, not that I ever have).

What do you think about shortness and smallness being associated with femininity? Have you or would you give your high heels for your shorter partner?

I worked as a fitness model and promotional model on runway and print for about 10yrs. I'm only 5'9" - which is the MINIMUM for runway work. One of my best friends was 6'1" - without heels.

I used to be self-conscious about my height, then my grandma (who is tall, too) said to me, "there are only two types of tall women in the world. Ones who are self-conscious of their height and they were flats and slump everywhere they go... and ones who are proud of it, and wear the highest heels they want, enter a room like they're supermodel, and don't give a damn what anyone thinks. Which would you rather be?"

I never looked back.

Great blog post. This has been a problem for me since my teenage years. I was tall, skinny, and wore glasses (before they became trendy). I felt like a freak even when I wasn't with a guy! But if I went out with a guy who was shorter than me, it made me feel gangly, unattractive, and yes, less feminine.
I grew out of feeling gangly and unattractive, but I still don't feel as "girly" (aka feminine, cute, pretty, etc.) if I'm on a date with a shorter guy. And I've dated several short men. Most said they didn't mind if I was taller than them, but I think they did. I remember one who said it was fine but then asked if I had to wear heels when we went out.
I think we've been conditioned for so long to think men s/be taller and stronger, and women s/be shorter and more delicate, it's hard to stop feeling that way.
I would never get rid of my heels due to dating a shorter man, but I have and still will wear lower heels so as not to feel awkward. (Plus now that I've had back surgery, high heels hurt my back!)
Donna
www.prettysparklythings.blogspot.com

@Donna, social conditioning sucks but you're right, it can be hard to fight that "s/be feeling." I'm really sorry about your back too. At least companies have started to make really cute flats. :-)

im a guy and i agree. The girl doesnt have to give up heels just because the guy might be shorter. My Girlfriend is 5'6 and im 5'7. I noticed she stopped wearing them when we started dating and called her out on it. She said because she towers ove me in them. She put them on to show me and she was right i had to practically go on my tippy toes to kiss her but i really dont care. Girls shouldnt care whos taller in the relationship. Just dont get a scrawny boyfriend. the girl can be taller then the guy and still feel feminan in the guy is buff

Thanks, it's nice to hear from a guys perspective, especially one who is accepting :-)