Who Are You Dressing For? Do You Really Care What They Think of Your Ass In Those Leggings?

Upon reading "Leggings Aren't Pants. They're Superior." by Amanda Hess at Slate.com, I was reminded of three things: (1) I need a new pair of black leggings; (2) Why don't I have more patterned leggings? 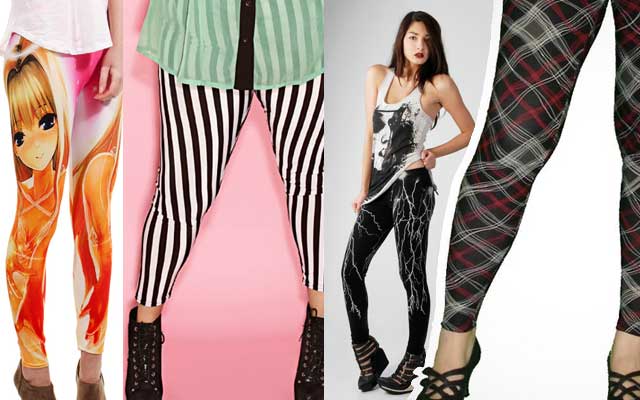 (3) Someone out there is always going to be critical of what I (and you) wear.

You can't please everyone - so why not wear something that makes you comfortable? As Hess points out, "Leggings aren’t pants... It's time to stop squeezing our lower bodies into constrictive denim prisons and instead envelope them in a forgiving cotton-spandex jersey... Leggings aren’t tights. Right? Tights have exerted their control-tops over our torso-crotch areas for too long... They create itches that cannot be scratched. The discomfort of the toe seam is, frankly, egregious."

However I have to disagree with her about leggings being unfashionable. While it's true that many just throw them on like sweatpants, there are so many designs and fabrics available, and so many tops you can pair them with that's it's hard for me not to think of them as fashion. Exhibit A: these super-stylish bloggers: 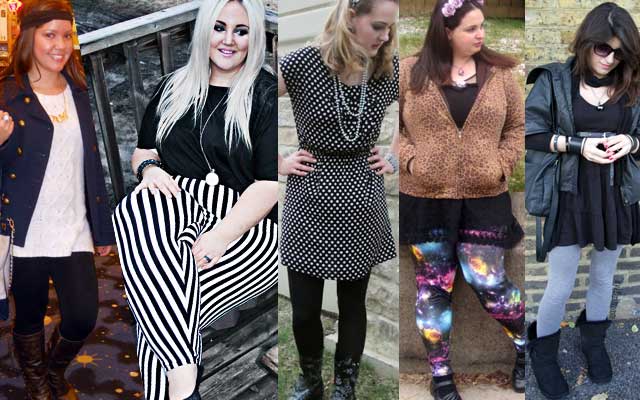 The majority of comments I see and hear against leggings are about the pelvic area - our front and back naughty parts - and how nobody wants to see that. It seems that most of these comments, though, are directed at women (and men) who don't have the ideal small round posterior or flat lower abs. For such a sexualized society, we're very anti-flesh - we seem to prefer less of it - but that's another blog. Think of how many models and thin girls are told they look chic and stylish in their leggings. Once upon a time, they were even called "fashion forward".

But if you don't want to see a jiggly butt sticking out from under an oversized tshirt, you can look away, you can change your line of vision. Neither I nor anyone else have any duty to your eyes, we don't have to dress in a way that makes you (or anyone else) comfortable - just ourselves.

Some people commented that the Muscle Print Leggings were really creepy but what if that's what the girl wanted? She has every right to dress in a way that creeps people out. I'm not a big fan of male anatomy but I wouldn't tell a guy he can't wear "meggings" just because his accentuated package (a la Conan) made me uncomfortable. If he wants to express himself through spandex while emphasizing his jiggly bits, I think it's only fair to point out that women do it all the time with their boobs.

Yes well I guess it's all about what do we feel comfortable in! In the end, we get used to everything so even if we were a bit disturbed by the view of butt-only-covered-by-leggings I think that now we got past that! I mean, I don't like wearing leggings on their own cause I feel kind of naked, it would feel like wearing tights on their own with no skirts or shorts on them! But still, it's up to people. As long as we draw a line somewhere, I guess everything it's fine! :)