ABC's Once Upon a Time aired it's mid-season premiere on Sunday, which re-ups Alex's and my TV tradition. While we don't have a lot of shows where we mutually geek out, we are both very much into fairy tales which means we both hate missing an episode. She's a big Disney geek (like her mom) though I enjoy the modernization of the characters juxtaposed with the development of their back stories in the magic realm. 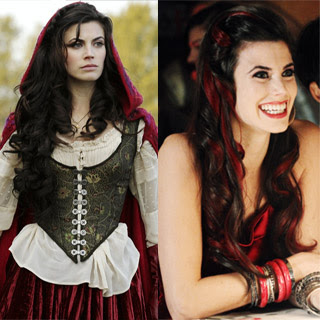 Speaking of character modernization, I love Red Riding Hood's transformation from little girl lost in the woods to hipster-rebel-girl werewolf (yet still maintains a caring demeanor). And while she still has her hooded cloak from the old realm, her collection of hats during the first season more than compensates in our world.

Like her bloody past as the very wolf she feared, Ruby's style is dark and edgy with glimpses of rebellions red in her hair. With red and black as her main color palette, it's no surprise that I would gravitate to the character's style at the beginning. But as the story progressed, her closet also grew with touches of lacy goth, rocker jackets, fashionable slouchy sweaters and trendy sheer tops.

Because she has everything I would love to have in my own wardrobe, and still manages to stay loyal and caring despite the hungry wolf that lives inside her, I've added Once Upon a Time's Ruby a.k.a. Red Riding Hood to my Style Icons. 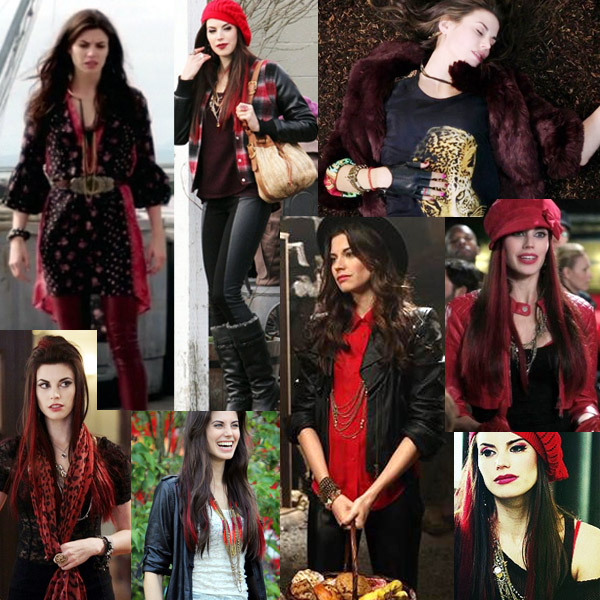 P.S. Don't blame me if you see red streaks in my hair soon.